Getting a ground rod in the ground is fairly easy.
We use 22mm dia, 2m length copper pipe.

Hammer it down
Put an so called 'end-cap' on the pipe and use a BIG hammer.
Con: bit difficult to keep it straight and it gets heavier after 1m50

Use a waterhose
By help of the waterpressure you can get it deeper than 3m quite easily.
con: the electrical contact to ground is worse as the pipe now 'floats' in water. Although in time that wil surely get better as the surrounding soil sinks in again.


Now pull the thing out again
OK, you have the rod installed but now the YL wants it have removed from the lawn.
The above pictures show the removal of two copper rods at the house of Rens, PA3FGA +YL(see pic).
The first time we started digging a hole of 1m20 deep and from there on went 10cm deeper each time.
Only at 1m50 depth and using the home made lever, we were succesfull to pull out the final 50cm of the 2m copper rod. And we had to put all our bodyweight at the long end of the lever to get it out milimeter by milimeter...... Holland is famous for the total absence of a true winter season. During the last 10-20 years we have had only 2 days of snow during each period of october till april. A blessing for those who are fighting tons of snow daily, but a true pity for us who see snow only once each season.

If we receive snow, it is a pile of 10-15cm (thank you Odin) at once. We enjoy the single day of "true winter"and enjoy the beauty full landscapes it creates. Next day papers are filled with local scenery pictures. The snow usually disappears already within a day or two. This is wat you see when opening the metal box from the SSB 6m preamp.

It has an MGF1302 low noise input followed by a BFQ34 gain stage. The output has a 2 pole bandfilter. There is some vox/ptt control, which allows 200W/750W in SSB.


Why do you want to use a preamp?
The only right answer would be; you want to hear more.
Translate that rightfull wish into technical mumbo:

a. You want a better total system noise figure
b. The extra gain offers flexibility in your receiver chain
c. You need to concur any (feeder) losses

Noise figure
The spec shows 0.8 dB nf, which is totally ridiculous at 6mtr as the terrestrial skynoise is already >6dB. However my TS570S has a nf of about 8-9dB so there is something to gain here. From 2dB onwards a difference can be heard by the human ear. Forget about the 0.3dB preamps and 'every tenth of a db is important', that is total crap!! At least on 50MHz terrestrial use it is.

Flexibility
Some extra gain up front can be helpfull to challenge the less than optimal gain in your various receiver IF stages. I prefer using a home made 3+6+6 dB attenuator to try finding the best s/n result.
Next to that, your internal transceiver preamp is probeabely a low quality wideband type. So leave it switched off and use the better quality external preamp.
I have found this to be the biggest advantage during the last couple of years.

Feeder losses
Not a big deal at home, where you can spare a dB or two on the coax without being able to hear the difference. The preamp can be in the shack, there is no need to put it up in the tower.
This summer we will have a fieldday style operation where the total coax adds a loss of >4dB, plus there I want to split the signal to 2 different receivers via a 2-port combiner, which kills another 3 dB.


Yesterday evening I had the opportunity to test and realign it with the help of a network analyzer. The total amplification turned out to be 27.2 dB at max setting. The internal potmeter was set to 20dB, which will cover all experiments on local or fieldday criteria in the future.
The output bandfilter might be helpfull to supress unwanted high levels of TV carriers in the 47-49MHz range during Es popagation. After carefull trying different alignment settings of both the input and output coils we noticed that it was already perfect. Almost, because we managed to get another 5 dB attenuation on 48.5Mhz by aligning the left slope slightly steeper. Mind you; watch the measured final diagram; with +20dB total amplification there is still +5dB left at 48.5.... It is not only on CW/SSB mode that I want to explore dx at band noise level and beyond.
Even FM DX on VHF/UHF can be exciting. Especially during early mornings, when due to temperature inversions several distant stations turn up. Today the PI3ZLB Beacon at 120km showed at S9+30 instead of the usual S3. Next to that also LX0HI(Luxemburg), and the repeater from Koblenz (Germany) could be contacted on the same frequency (145.725).

There is another way of digging slightly deeper; using a smaller IF filter to get a better s/n.

In todays FM transceivers you will find either the CFU (4 element) or the CFW(6 element) type 455Khz ceramic filter for FM. The CFU is mechanically smaller. The larger CFW has better characteristics in terms of steeper skirts and stopband attenuation. See the Murata website for exact specs.
The choice of filter type depends on what bandwidth you prefer.

The most commonly used FM IF filter is the E-type(15KHz). That is a bit wide, but just suitable if you need to do packet.
I used to have an Icom 271 with the E-type filter and, like all it suffered from near channel interference (12.5KHz channel offset). A custom installed F-type filter helped.
My Icom 821H has a special E version filter which has an extremely flat response for even better packet results, while retaining 15kHz selectivity. However it suffers from the same interference on stronger local off channel signals. Has the most lovely audio though..
The Kenwood TS790 uses a CFW455F (12Khz) in each IF strip for FM and performs much better.
Todays competition, like Icom (746 and 910) have two selectable FM filters (narrow and wide); F (12Khz) and G (9KHz) type, but using the 4-pole version (CFU).
I have had the opportunity to test both Icoms extensively on the FM narrow/wide filter settings and found the following:

How much 'usable evidence' did I find on the air during the above tests ?

1. QSO was possible yes/no. In most occasions the next-channel (12.5Khz) interference completely dissappeared
2. QSO was possible yes/no, reception can be dramatically improved
3. I'm not into Hifi. But the narrow BW does have a negative side effect: stations which are overmodulating (= more swing) will appear outside the filter, causing audible drop-outs

What filter upgrade did I choose?

A local amateur-parts shop (Barend Hendriksen) has all types available at only 6.13 euro a piece. Since I like dx'ing on FM as well, I have swapped the original F-type (12Khz) filters in my TS790 for the G type (9Khz). You might consider a home made optional outboard switchable filter section and make your own FM narrow/wide, but I could not find a button on the frontpanel to spare for that.
On my IC821 I went a different route. At the main receiver I removed the 15KHz and exchanged it for 2x 12Khz 455KHz Murata filters in series. See red cornered section in the picture where I glued both filters together.Comparing signals when doing VFO A/B swap shows evident results.
The IC821 was carefully realigned using my Marconi 2955, and showed so much IF gain, that I could easily spare the extra attenuation of a second ceramic FM IF filter in series, without any signal loss.
Checking known FM repeater frequencies brings more stations from Germany, Belgium and even France.

Yes it's an antenna.. My girlfriend send me this lovely picture. It is located at the top of Gorner Grat at 3100m ASL, Zermatt, Switzerland.
See more pics at: http://www.gornergrat.ch/bildergalerie/panorama.php OK, it's up and runnning !
After several weeks of testing I finalized the backyard NVIS antenna, based on the following criteria:

My current reference antenna is a 6m tall vertical antenna, tuned to 1830KHz. It receives both groundwave and dx signals very well. I'll make a seperate blog on that later. But its vertical polarisation makes it very susceptible to all local (man-made) noise.
The NVIS needs to act as my 'quiet antenna'.

How I built this one

I used black coated copperclad steel wire from http://www.dx-wire.de/brit/
See at "type A; 0.95mm coated with black polyurethane". It is both stealthy and weatherproof.
The connection box contains a 36:1 x-former (2x glued BN202 #73 binoculairs with 12 and 2 turns). The coax connection has 6pcs "3S4" tubular type ferrites. Inside the shack I have the 2x J-type ferrites with 14 turns coax as a final common mode filter(see picture in the former message below).
The connection box is mounted at 3m20 height in the exact corner of my backyard. See the wooden pole above the red roof, in the background. Both dipole legs are 6m50 long and in a 90 deg horizontal angle. The ends are secured via small porcelan isolators.

It performs great!
This final version shows more output on MW and 160mtrs, which is comfortable when switching back and forth to my vertical reference antenna.
During the evening when the D-layer dissappears, the NVIS is playing well; on par with the vertical and delivering a very comfortable, quiet reception.
I can hear many domestic MW BCB pirate stations between 1600 and 1700KHz coming in and out of the noise, whereas the reference vertical shows strong signals but distorted audio due to man made noise.
160mtrs shows better output, still at a lower level than the vertical but at least now I don't have to both switch on the pre-ampand turn up the AF volume to the maximum.
On 80mtrs the RX is huge; listening to domestic rag-chew rounds I seem to hear every available station no matter how small their antenna /HF output.

Anything left to be desired?
Since I just starterd this weblog, I need to catch-up on some issues.
Posted by Mark, PA5MW at 13:09 No comments: For several weeks now I've been trying an NVIS type antenna in my backyard.
Actually it is simply an extremely low dipole 'cause that is all what would fit :)


I have tried a few setups using 2x 5mtrs copperclad steel wire in a flat shape @1m50 and later on top of a 4m fish-pole in an inv-vee shape. Such an electrical short antenna shows a pretty high reactance. I used a temporally setup to test a 16:1 and a 36:1 transformer, build by using a BN202 #73 binocular and teflon coated wire.
To minimize common mode effects by winding 14 turns RG58 on two type-J ferrites.


Results: although the 16:1 showed a much flatter SWR response on the Palstar antenna analyzer, the 36:1 version provided more output and better s/n results below 2MHz.
Surely a different length of the dipole would change the performance even more, but my backyard dictates otherwise. Rens PA3FGA build a 2x 7mtr version +36:1 x-former @1m70. So far his one seems to do a better job than mine, so I need to try some more.
3 weeks experimenting and listening on MW, 160mtrs and 80mtrs, comparing it to my other fixed 6m fishpole vertical antenna (tuned to 1830KHz) finally shows a clear winner in the 36:1 x-former. 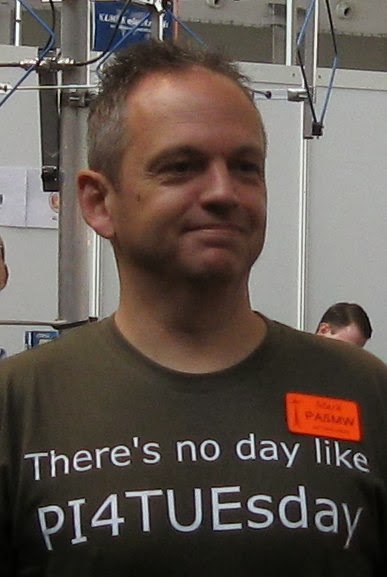